Presented at the Colloquium on “Hellenic Concepts of Political Friendship and Enmity:
A Contribution to the Understanding of Conflict in the Modern World.” Organized jointly by the Institute of Classical Studies and the Hellenic Institute of Royal Holloway, University of London. Tuesday, June 24, 2008

1. Introduction
In my paper I intend to discuss how and why the classical Greek thinkers, the first in human history to pose the issue of competency in political leadership, raised the fundamental question of the political fulfillment of human existence. The concept of competency is used here in the broader sense of enlightened leadership whereby praxis affects the conditions that allow the citizens to attain their fulfillment, their entelecheia qua political animals, as with Aristotle.
Political developments in the 20th century and the beginning of the 21st have pushed to the foreground once again the rarity of political aretē in modern times. The unending social crises, the two world wars within one generation, the collapse of the Soviet system in the past century, the current forces pressing for globalization, the widespread pollution of the environment, while the religious conflicts increase in intensity and while the leading world powers compete for global hegemony, point to the same issue: the moot question of enlightened leadership and how its absence affects personal harmonia and international peace. Leaders abound in every walk of life, but that is not the problem. What we are short of, especially in the political arena, is leadership accountable and responsible, at once dedicated to the common cause of humanity: peace and human fulfillment of all citizens. What is hardly ever discussed is the urgent need to formulate explicit criteria for enlightened leadership.
The Greek thinkers correctly made the quest for aretē the basis for community life and personal development, especially for the citizens who aspire to serve the polis as leaders. It is precisely the need for political aretē in action as well as in theory that has been marginal in our discussions of political affairs in our times. In a similar way so has the required paideia for acquiring political aretē. Even worse, Such a paideia occupies no prominent place in the curricula of our humanistic studies or the political science courses that are being taught in the universities today. In other words, we do not educate future political leaders. Nevertheless we do provide such aspiring persons with skills to gain power. On the whole, leadership is left to chance, personal ambition, family connections, powerful groups, and the establishment in general. No room has been provided for requisite criteria, beyond connections and influence that qualify a person to assume high office in the political hierarchies. While this situation continues to prevail in the ways of all governments, we are conditioned not to raise the issue of the qualifications any person aspiring to political office must meet. As a result, we suffer what we must. Regrettably enough, Thucydides’ well phrased note continues to be true ever since antiquity: “The powerful do what they can, the week suffer what they must.” Δυνατά δε οι προύχοντες πράττουσιν, και οι ασθενείς ξυνχωρούσιν».
Hidden in the background of this quotation lurks the question of leadership, but at close inspection, it reveals how differently the ancient Greek thinkers as theorists of the political life understood the problem. Actually, they were the first to pose the fundamental question of competency in political leadership and the first to tie it to the highest values of human existence, beyond economic success or the promotion of national supremacy and military power. If leaders deserve respect and public trust they do so not because they acquired power through inherited rights, violent acts, conspiracy, persuasion, election procedures and other means. Worse, incompetent, yet powerful leaders became notorious on account of their inability to prevent future crises, for resorting to aggressive wars, and being unable to anticipate internal unrest or prevent the distortion of social values. Their actions persistently plagued the city states of Greece.
Eventually, the question of qualifications, especially after the development of democratic forms of government, became an urgent concern. It brought with it the need to define the meaning of the koinon agathon or common good, be it justice or the bios agathos, as a right to be made available to all citizens.
The main point of my paper is not whether classical Greece solved in practical life the puzzle of how to entrust the right individuals to lead, nor even what happened in the political developments of the various city-states, since as we know the Greeks failed the practical lesson of bringing political wisdom to bear on their everyday lives. My central concern is to show why and how the thinkers of Greece identified the problem of enlightened leadership and proposed the parameters for its solution, no matter how difficult, or even unattainable.
A number of early thinkers showed awareness of the problem, but so did the poets, epic and dramatic, including lyric poets. The same holds for the sophists, who often called themselves the educators of political leaders. But the ones who thoroughly and critically looked at the basic features of the problem and systematically proposed solutions were Plato and Aristotle. For this reason alone, it behooves us to return to the Greeks once again to recover the forgotten lessons of wisdom in public life.
Under different circumstances I would have probably written a different paper, one on Plutarch, and drawn lessons of wisdom from his Parallel Lives, mainly to detect in his portraits of great leaders the “missing” traits of good, rather than affective, leadership. He wrote in the opening paragraph of the life of Alexander the following: “It must be borne in mind that my design is not to write histories, but lives. And the most glorious exploits do not always furnish us with the clearest discoveries of virtue or vice in men, sometimes a matter of less moment, an expression or a jest, informs us better of their characters and inclinations, than the most famous sieges, the greatest armaments, or the bloodiest battle whatsoever” (J. Dryden tr.). After re-reading this passage from the biography of Alexander, I decided that more was to be gained by returning to Plato and Aristotle to find in their works the metron of political of leadership.

5. Conclusion
Being a leader, as I have tried to show, is a special kind of community role, always tied to the conduct of individuals. The kind of leadership a citizen will exercise will be a function of character, and this in turn can be best understood with reference to the habits of the distinct powers of the soul, how they are structured, how as formed dynameis function together, and how their ends are coordinated and which particular end dominates over the others. Thus, each individual behaves as a leader or as a subordinate and follower, depending on what the special role calls for. Normally, in the case of a leader, the conduct is expected to be that of a just person, generally virtuous in the performance of specific or limited tasks or totally in every performable role: to enhance philia and eliminate enmity. When a leader fails to respond to these requirements, confusions begin to burden the political role. They let failure set in through the distorted function of the pathē, as the tragedians taught with dramatic eloquence.
As in the case of Cosmic order, where Dike oversees the balance of the natural elements, so it was expected that civic actions would conform to Dike as well. Here the human systems of laws, the nomos, are expected to keep in check the diverse human interests, ambitions, and drives. What happens in history, however, shows that the conforming of human dike to cosmic Dike rarely happens; the result is disharmony between the cosmos of nature and the cosmos of humankind. This is still the gravest of all problems. We are still left with the question: Why do humans, endowed though as they are with the faculty of logos, fail to conduct their political lives in accord with the Cosmic order of nature? Once again, for what may be the best Hellenic answer to this perennial puzzle, we may want to go back and study more carefully Aristotle’s De Anima, perhaps with Heraclitus’ help, as the best introduction to political life.
Αναρτήθηκε από gjc στις 6:42 π.μ. 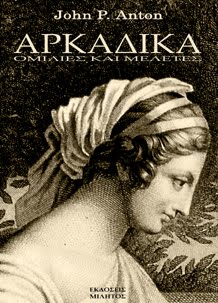 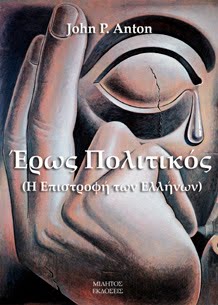 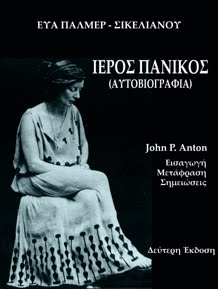 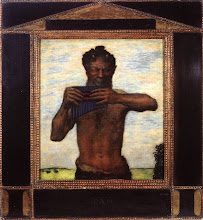 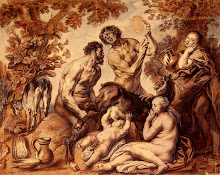 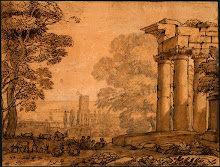 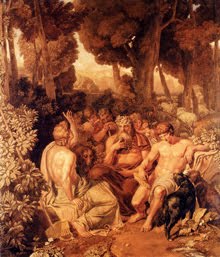 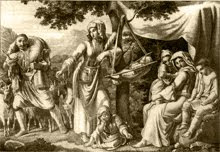 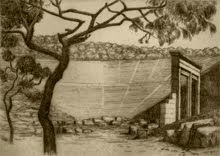 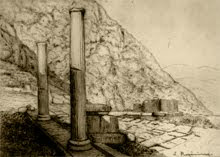 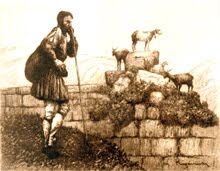